Found accidentally in 1943 in fragments, it is dated 300-50 BC, although it is quite uncertain. The head is an assembly of elements with symbolic value. The hairstyle is formed by a convex band, with the shaved back, like the deities of the Calderone di Gundestrup. The neck has a large torque. It could be a portrait of a deity, of a high rank character, of a druid or of an ancestor of the family that lived in those areas. 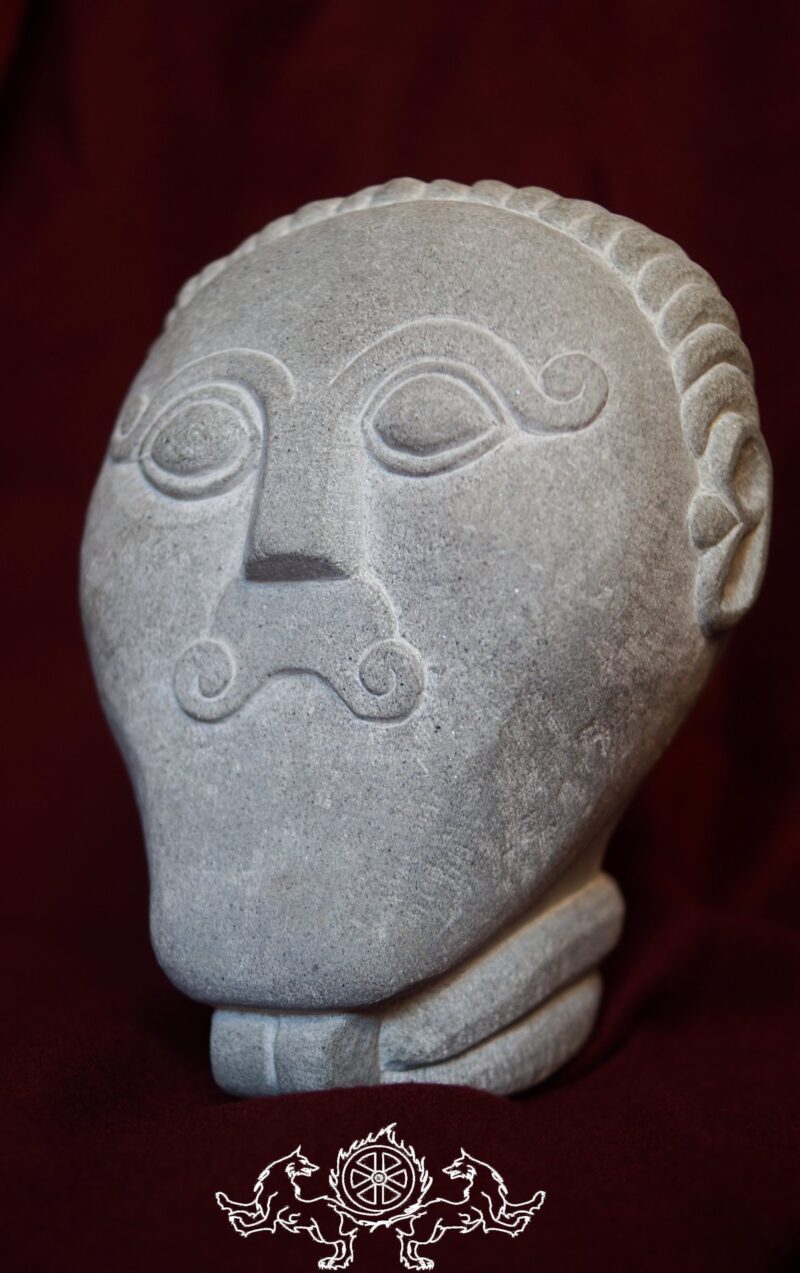