Teuta Volki presents a historical and cultural representation of the Celtic tribe Volcae Tectosages, settled around the III Century BC in the Danubian area, in what is now Moravia and Bohemia, together with Boii and Cotini.

Until the fourth century BC the areas of today’s Moravia and Bohemia were inhabited by the Celtic tribe of the Boii, one of the largest strong Gallic tribes of that time.

In the fourth century BC the sources and the findings attest a migration of the tribes from their homeland to the areas of today’s Emilia Romagna in Italy.

These uninhabited areas, after the mass migration of the Boii, were occupied by another Gallic population.

The sources and the findings agree because there is a substantial and sudden difference in graves: the tombs of the newcomers are exclusively inumatory, largely a minority among the Boii, and the total absence of potteries, present before even in the poorest graves. These peculiarities, to which can be add the prevalence of orientation of the deceased (facing north head) and the narrow analogy of some elements of the funeral, as silver digital rings, helps to locate the Swiss mountains as the origin of the new migration group.

This new population arrived in Bohemia in small groups and formed, together with the residual population of Moravia, a new ethnic complex attributable to Volci Tectosagi, located in ancient sources in mountainous areas of central European, north of the Alps and west of Carpathian mountains.

Studying the written sources, Volci Tectosagi ( “The people looking for a roof”) partecipated to all the great military expeditions of the third century BC (Including the 280 BC Delphi Sack) and settled after even in the area of the confluence of the Drava with the Danube, in the French Languedoc and even in Asia Minor, where they will be one of the three components of the Galatian community.

This may explain one of the functions of an exceptional site, recently discovered in Moravia, in Němčice-Víceměřice, in a position that allowed to recruit mercenaries even in the northern areas of Germanic influence.

According to Cesar: (De bello Gallico, VI, 24): “And there was formerly a time when the Gauls excelled the Germans in prowess, and waged war on them offensively, and, on account of the great number of their people and the insufficiency of their land, sent colonies over the Rhine. Accordingly, the Volcae Tectosages, seized on those parts of Germany which are the most fruitful [and lie] around the Hercynian forest, (which, I perceive, was known by report to Eratosthenes and some other Greeks, and which they call Orcynia), and settled there. Which nation to this time[3] retains its position in those settlements, and has a very high character for justice and military merit; now also they continue in the same scarcity, indigence, hardihood, as the Germans, and use the same food and dress; but their proximity to the Province and knowledge of commodities from countries beyond the sea supplies to the Gauls many things tending to luxury as well as civilization. Accustomed by degrees to be overmatched and worsted in many engagements, they do not now even compare themselves to the Germans in prowess.” 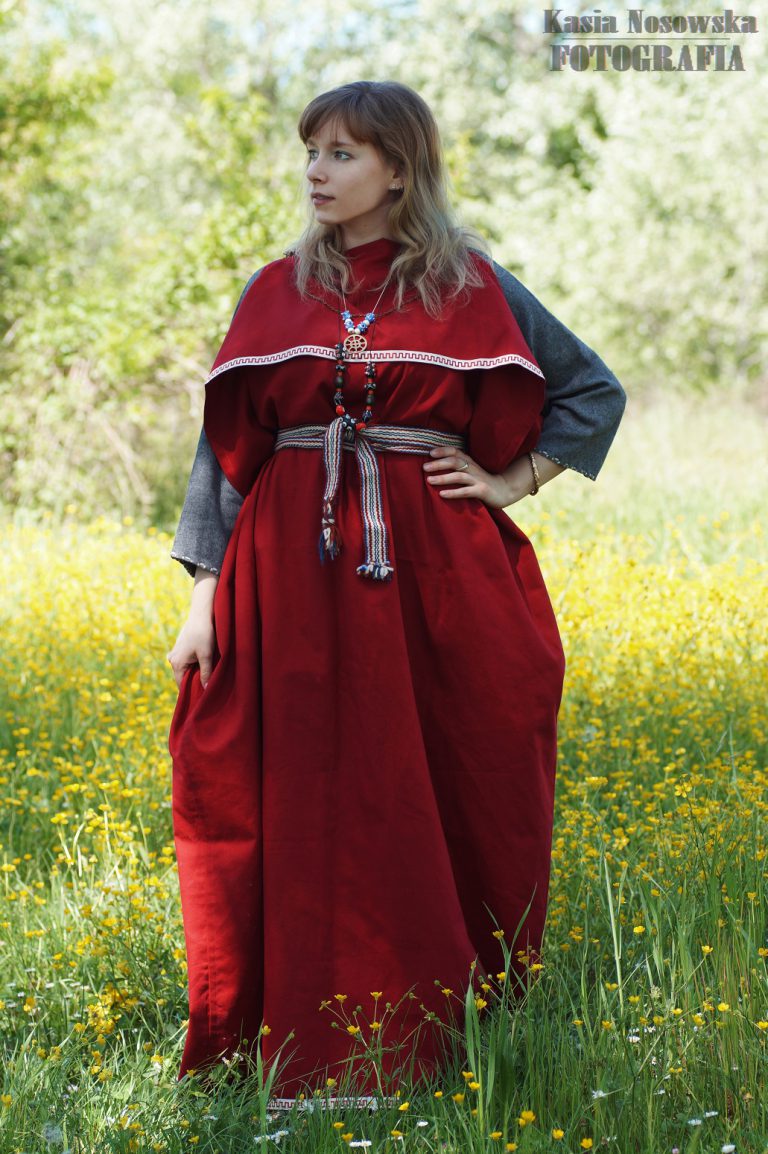 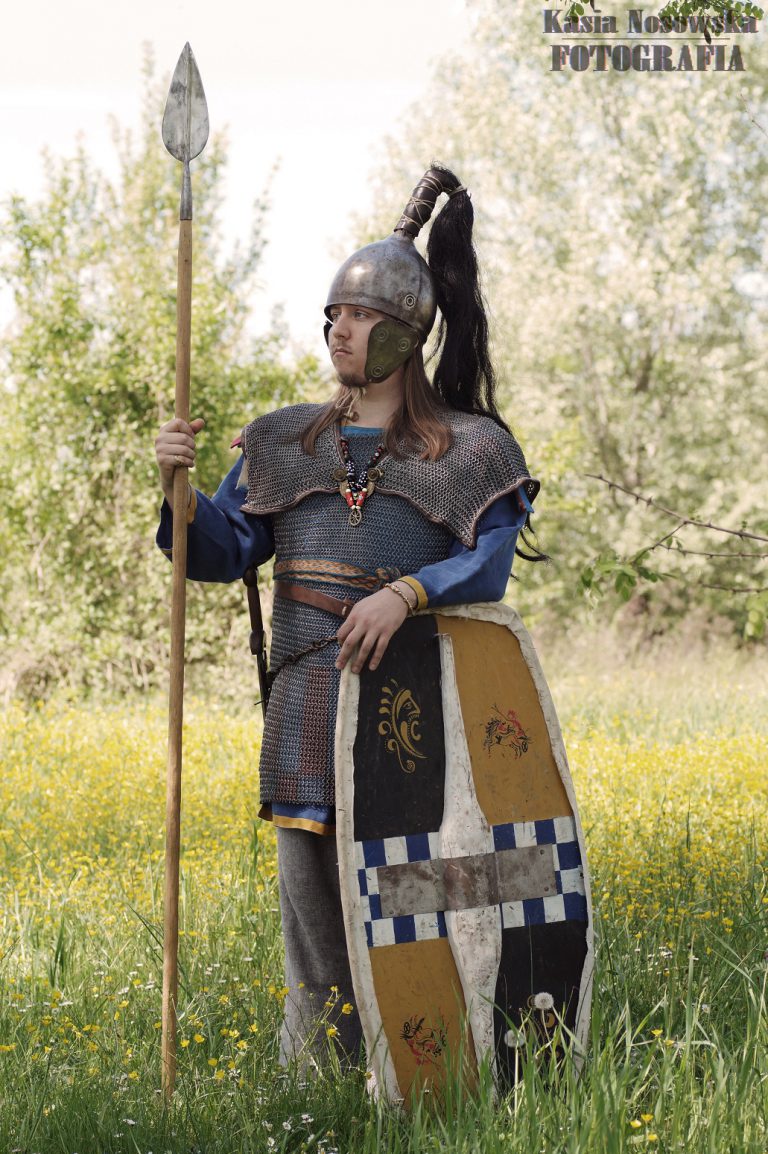 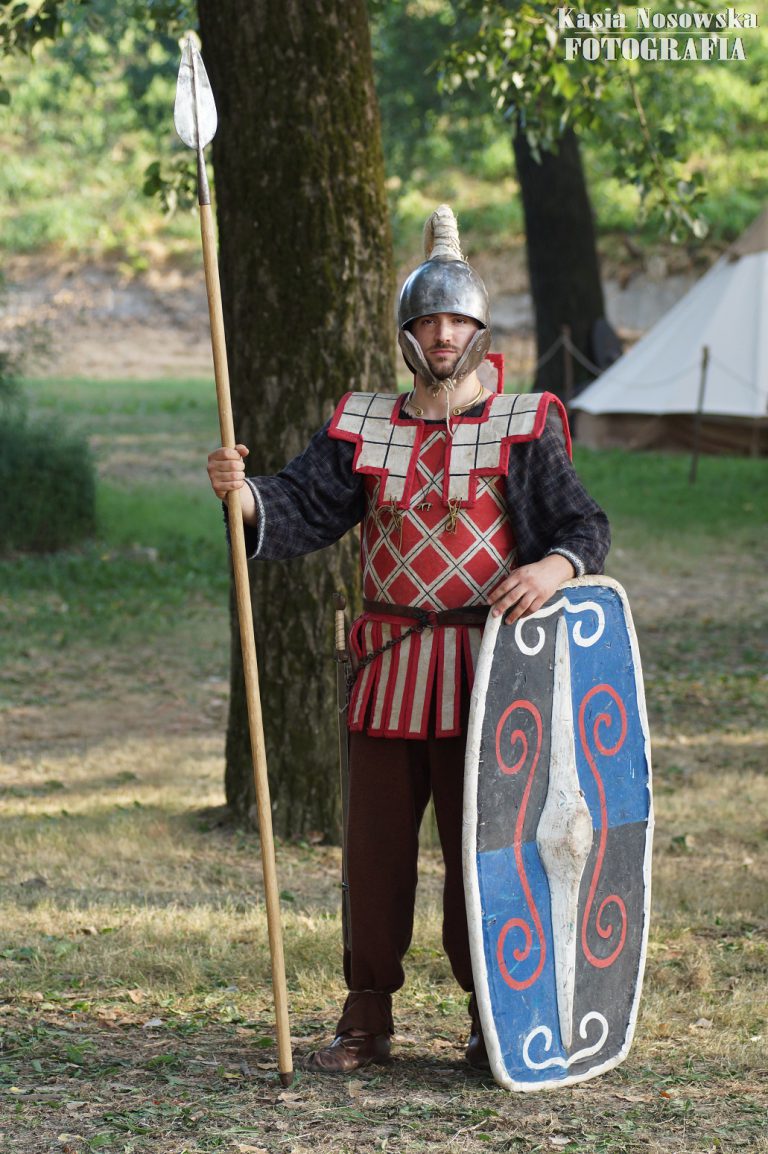 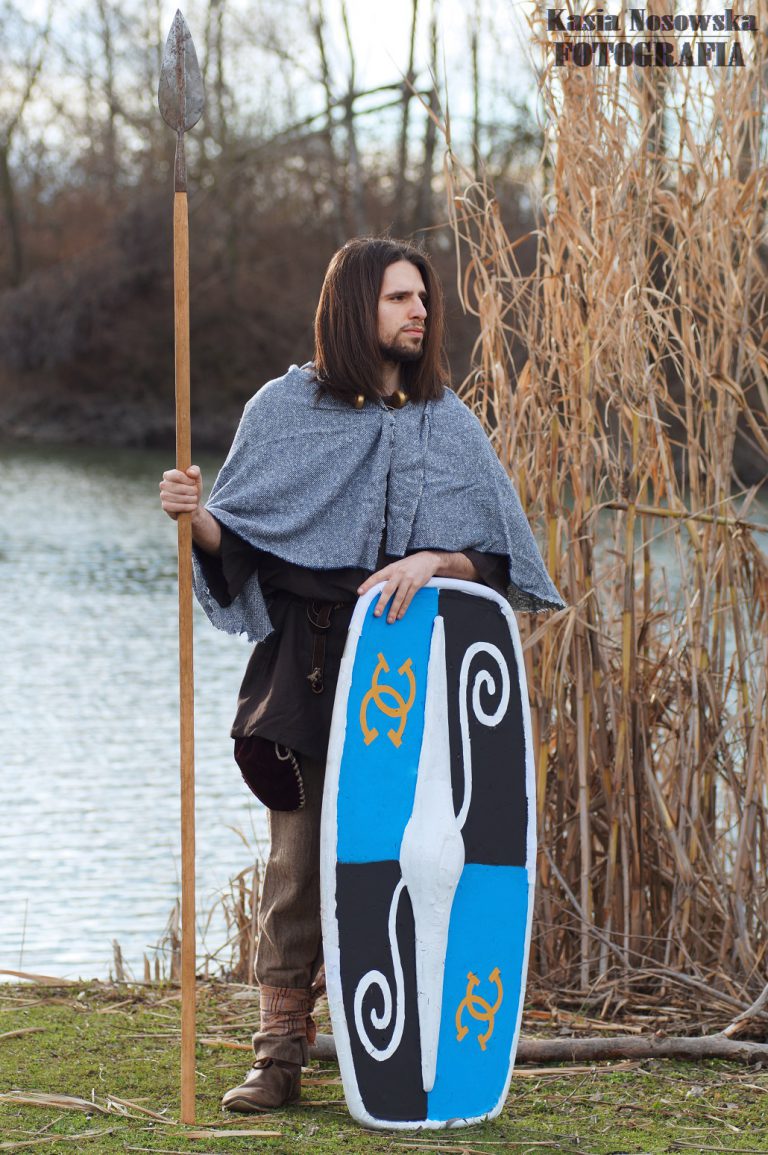 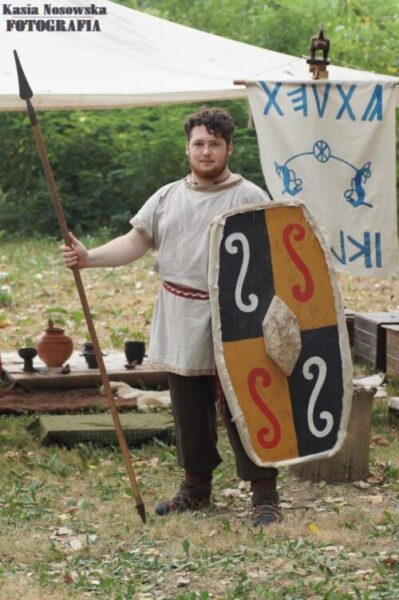 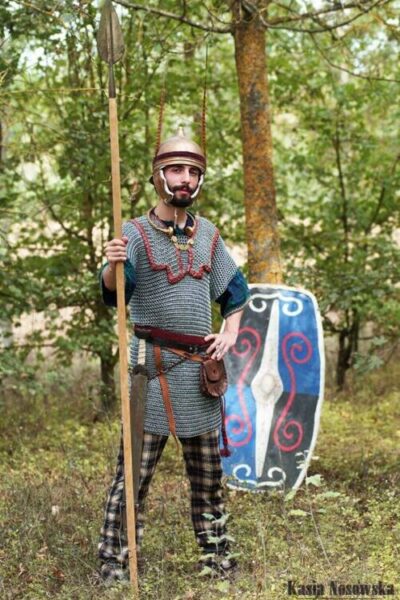 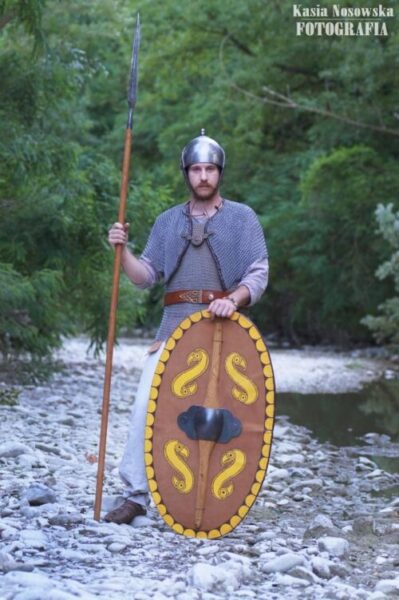 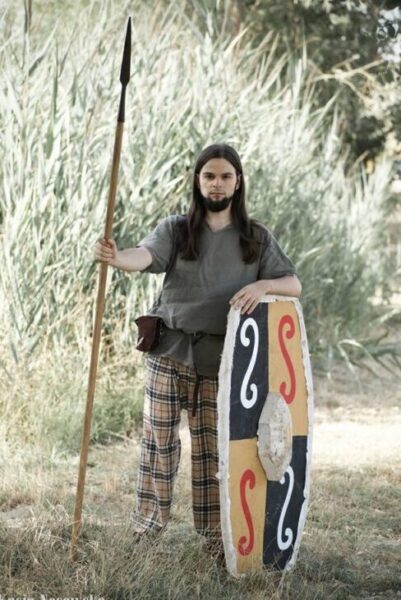 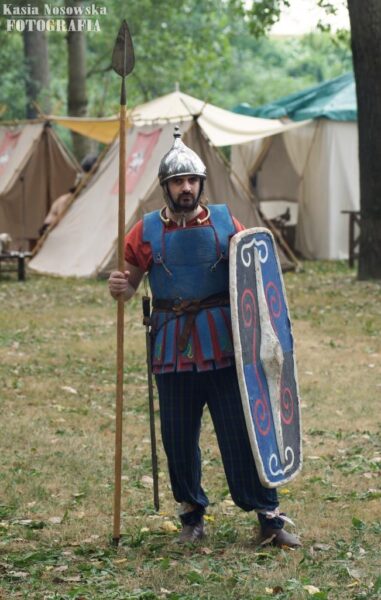 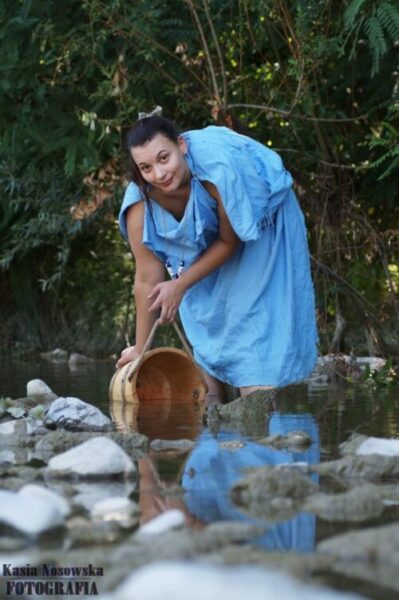 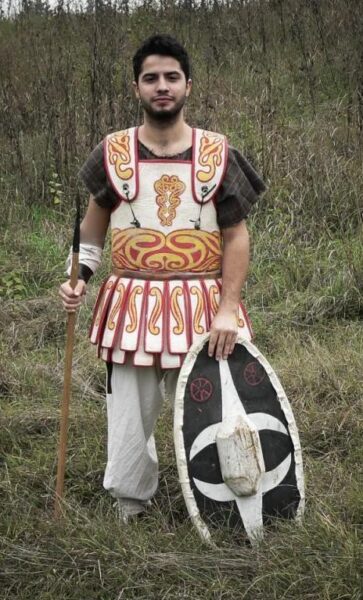 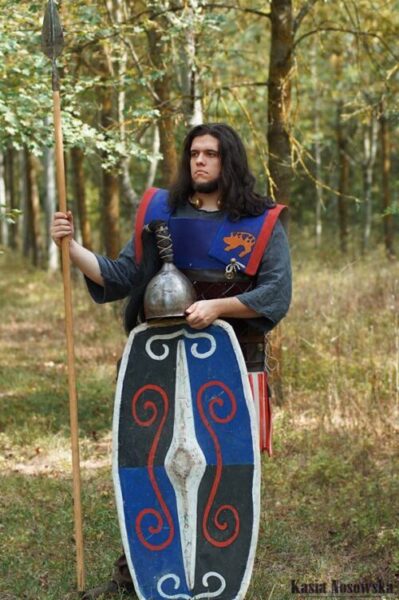 Boudia, rappresentation of a celtic slave