Reconstruction of a medium ranking Celtiberian warrior belonging to the army of Hannibal Barca.

Unlike the other reconstructions, for this warrior we opted for a leather helmet, with shapes and sizes
similar to the Montefortino helmet, decorated with an animal skin, like the Roman velites.
The jet weapon (falarica / pilum) and the gladius can be both weapons preyed upon during Hannibal&#39;s
campaign by the dead legionaries, as well as weapons already in use as they were found both in Celtiberian
dress and in the Iberian context.
The Caetra is a round shield, with an iron handle and umbo, used by both the Celtiberians and the Iberians.
Various forms of umbo have been found, from round ones like the one reproduced to those truncated
cones. 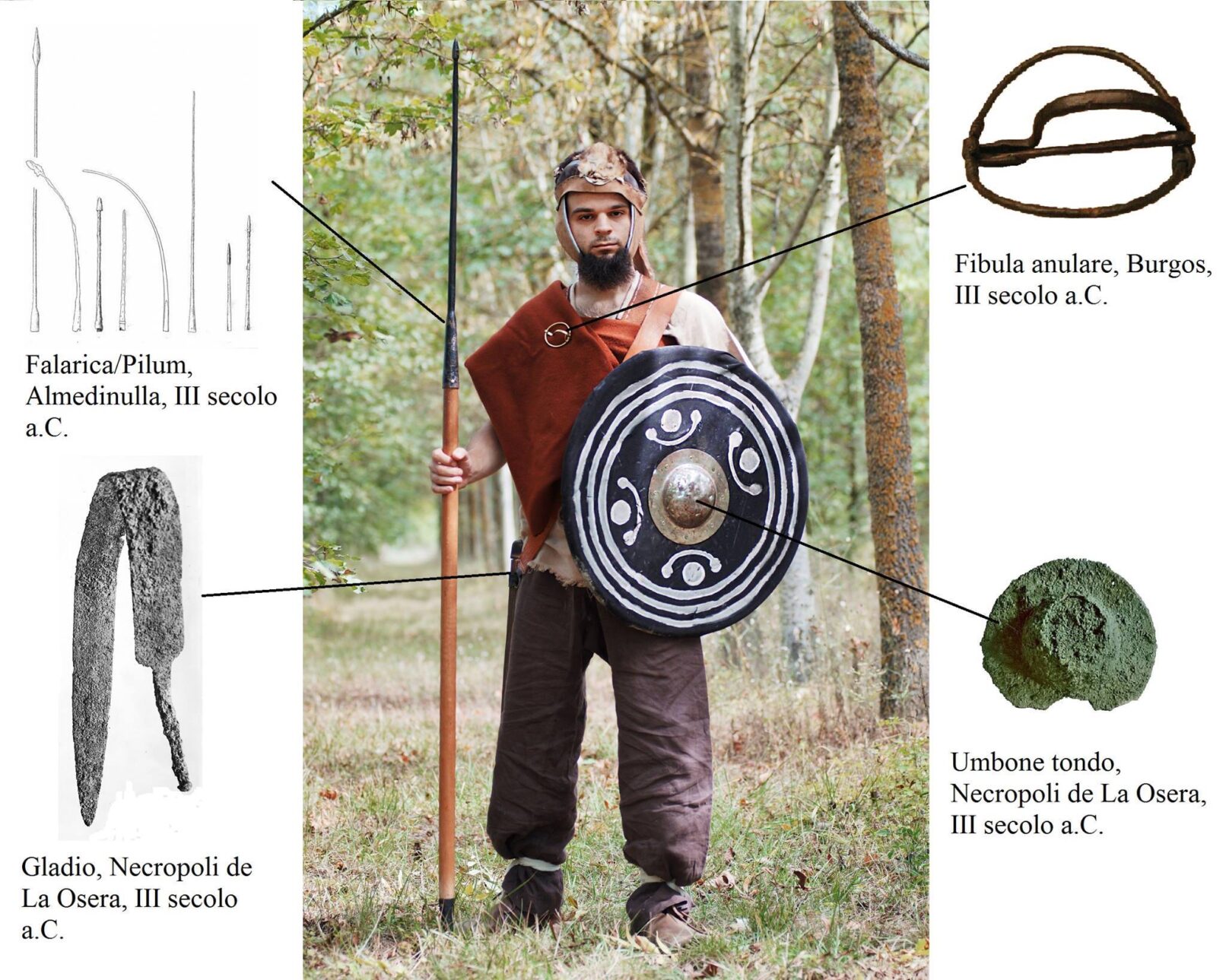