The horse-shaped fibula dates back to the 2nd century BC, but similar fibulae representing horse and rider
have also been found in the 3rd century BC.
According to some scholars, the chain mail was already supplied to the Celtiberians since a specimen dated
4th century BC was found, but more likely it was preyed on the Trebbia or Trasimeno where Hannibal
equipped his warriors with the weapons of the fallen legionaries.
The greaves are attested in Diodorus Siculus (Biblioteca Historica, V, 33), but as there are no archaeological
finds, we decided to create them in leather. Furthermore, our experiments in combat with this type of
armament have shown us that the legs are the most affected area because they are not protected by the
small caetra, so protection in that area is mandatory. 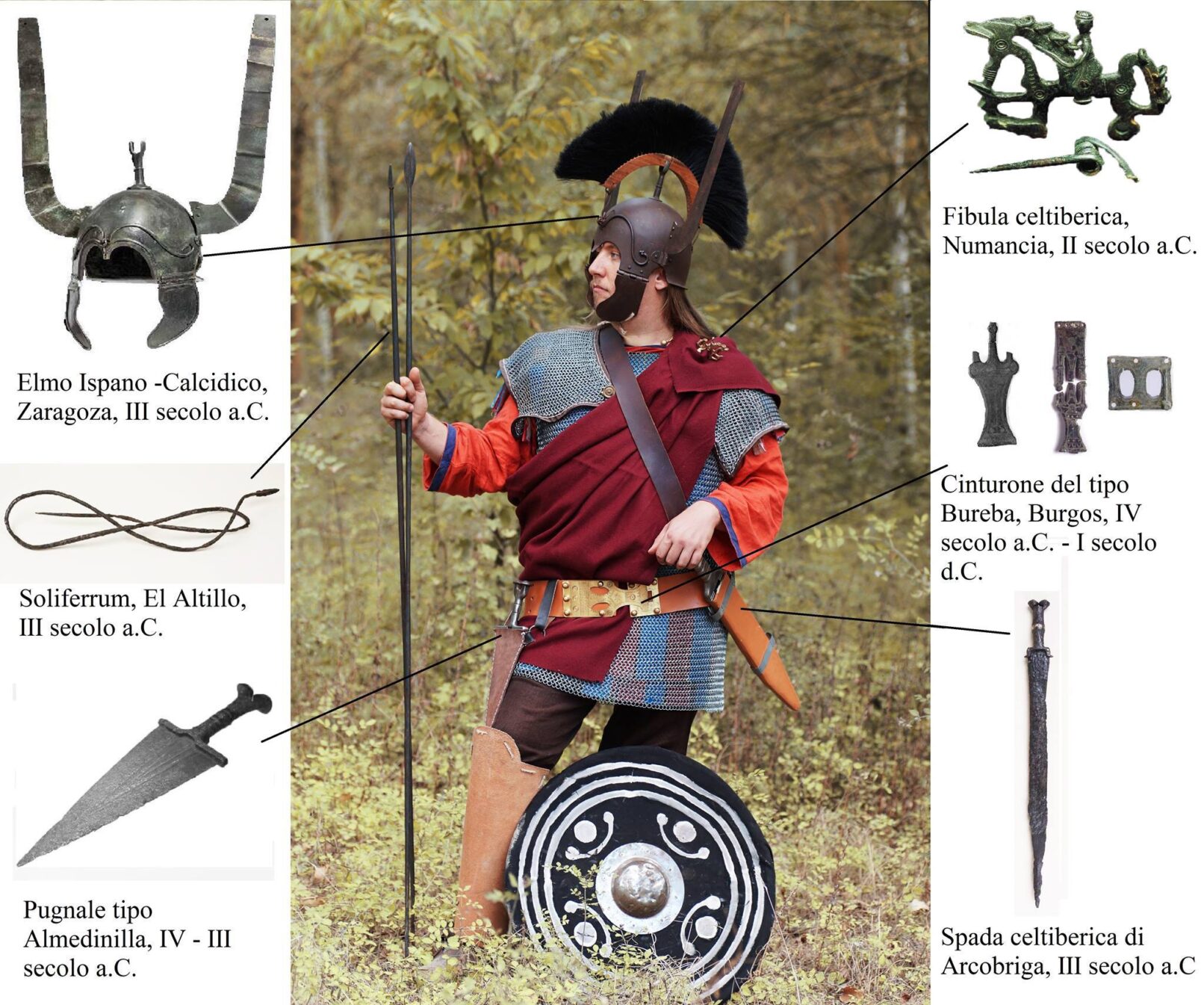